From offices and schools to most of the UK’s major shopping malls, when you walk in any of them, you’re walking on a floor laid by Bolton-based JCW. Now one of the biggest screeding firms in the UK, the business is celebrating its 25th anniversary.

Screed isn’t sexy. But it is essential, the vital layer between concrete base and polished tiles that ensures the surface you are walking on is sound, level and safe. For 25 years, Bolton’s JCW has been installing screed flooring in shops, restaurants, hotels, schools and even the Sir Alex Ferguson Stand at Old Trafford. 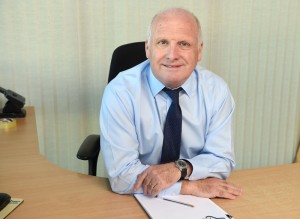 Screed wasn’t always a distinct trade but in 1993, after spending eight years building his expertise, JCW founder John Wilkins realised it should be: “We were the first in the UK to create a screed-only business,”he says. “I’d always wanted to work for myself, so it wasn’t a difficult choice. I started the business in December 1993 with the ambition of creating the biggest floor screeding firm in the UK. By 2008 we had done that.”

It was that scale that enabled JCW to lay 60,000 sq metres of screed at Westfield London in 2008, the company’s largest project to date. “We’ve screeded most of the Trafford Centre and have worked on most other shopping centre developments ever since,” he reveals. 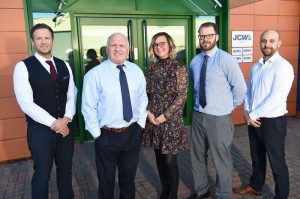 There are now more than 30 screeding companies in the UK. So how has JCW remained at the top of the industry?

“You don’t get a great deal of technical innovation in screed,” explains John. “Ultimately, we and all our competitors are working with sand, a matrix (cement) and water. So if the basic product is largely the same, what distinguishes you is your organisation, your management and your people.

“Many of the people who work here have been with us for our entire 25 years,” John continues. “We now employ 85 people in the Group and we take on young people so they can learn with our floor screeders. Most of the people we train stay with us and I’m really keen to bring more people on.

“Another important factor is that our suppliers enjoy working with us. Because we’re well organised it means they can organise their own businesses to help ours.”

From the floor up 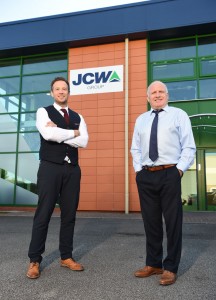 Over time, JCW has expanded its business. In addition to screed, JCW now supplies and installs acoustic flooring and manufactures acoustic products for trade supply. The diversification was driven largely by changes to acoustic regulations in 2005. “People used to say ‘we’ve got to reach a new acoustic level – how do you do it?’,” John recalls, “so as the acoustic flooring element of the business was expanding we decided to separate the businesses. In 2012 JCW formalised its new group identity, with the companies now generating a combined turnover of more than £12 million.

With 25 years of success behind him, John is allowing himself a brief moment of reflection, but he knows he can’t rest on his laurels.

“The expectations of customers are constantly evolving,” he explains. “They rightly expect ever-greater reliability, faster turnarounds and the ability to meet the tightest deadlines. And as our cities become busier, so the logistics become even more of a challenge. It means we have to work harder on our team management and our organisation has to keep improving so that we remain the best at what we do for another 25 years.”